Assalamualaikum. Next week I'll be starting my first semester of my second year. I don't really have much to say except it hurts. What hurts? My result of the last semester hurts. I did pass the target I aimed for so that's good news but it hurts when my result was really really near miss to make it to Dean's List. Honestly, I didn't target for the Dean's List in the first place as I knew exactly where my ability will get me to. And of course, I'm no top student but when I get this kind of near-miss-result, I felt a slap on my face because at that time that I realized I can achieve that. I just need to push my ability further and truth is, I wanted to at least, even once, I wanted to get the Dean's List as a gift for my parents. My mother told me that I've done great and that to get to where I am now was already hard enough for others so she was really really proud with me and she knew I can achieve more.

Dear Future-Me, I sincerely wish you all the best. From, Present-Me.

Dear Past-Me, thank you for your hard work all this time. You've done a wonderful job. From, Present-Me.

on October 09, 2020 13 comments:
Email ThisBlogThis!Share to TwitterShare to FacebookShare to Pinterest

Assalamualaikum and hi! Before I end my August, I think it's better to post another entry which is book review and hopefully by the first week of September, I could continue with another book review insha-Allah :)

It's been so long since my last review on a book so I kinda not sure what exactly to write about this book but looking back on my notes, yep, I can get a hold on this. To be honest, I finally finished reading this book rather than lazying around watching cartoons and this is such a great achievement for me because there's nothing else I'm doing at the moment and also I'm struggling to finish other books that I've been buying all this time but then would leave them to be buried in the dust (huhuhu)

This time, it's a fictional story about a young man named Richard Mayhew in London experiencing something so magical and having to deal with his life that is about to be upside down. Neverwhere by Neil Gaiman is basically a follow-the-flow kind of story for me. I'm saying, because the basic story is that Richard accidentally got himself involved in something he shouldn't but then as the main protagonist, he is saved by someone and since then has been dragged along into the life-threatening journey together with his savior.

The setting of place where all of this was happening was still in London, it's just not exactly in the London that we know. In this story, London was divided into two which were London Above and London Below. And for that matter ladies and gents, those on London Above, which were normal people didn't know anything about London Below. However it's different for those in London Below as they can journey to London Above but that would take the right door to open the connection between the two Londons. Thus, the girl named Door which was originally a resident in London Below stumbled into London Above, running away from the bad guys and meeting with Richard Mayhew.

The bad guys? Yep, there are of course. Truthfully, I really like the description and the words for Mr. Croup and Mr. Vandemar as the men who were hunting the girl. Like really, I can't really imagine because to be honest, the people in the London Below were not really people. There were rats, mushrooms, serpents and much more and they talked. So for the two men above, Mr. Croup and Mr. Vandemar, oh my god Neil Gaiman did a really excellent job writing about them. In my imagination as I was reading the book, they would be really scary and hideous. Well, I'm not one to judge but really, the description was so scary that I kept whining and complaining how scary and hideous and horrible can they be.

Next in the team of good guys, we have another two consist of a man and a woman. One is called Hunter, a lady with a really perfect description of beauty and another one is called as Marquis de Carabas. And in every story, there has to be some twists and turns and even though I say this story is a follow-the-flow kind of story, to be honest, the traitor in the team still shocked me. Really, I'm serious here, I mean, I did expect that but then there wasn't, not until one point, bam! the traitor exposed his/herself and I ain't see that coming. So I am honestly very impressed with the story and how Neil Gaiman organising the plot of the stories that really made me jump up from my seat.

I wanted to tell you guys more about the journey between them, like why would they hunt the girl or what is wrong with Richard staying in the team or what is at stake for the traitor or who dies and also who dies but come back alive and much more but I'm afraid I'm giving you more than just that and thus spoiling the ending of the story.

All in all, it's a magnificent story delivered with a strong presence of each of the characters. They were perfectly well displayed in their roles and I could really understand the whole story without any confusions. The wondrous life of each of the citizens of London Below also captivated my interest making me adding 'London Below' in my bucket list though the real London Below might just be of pipes and sewers instead of rat-speakers and mushroom folks xD 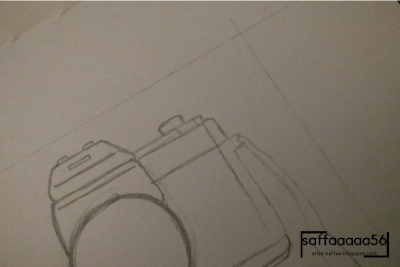